Surviving Election 2020: How will you resist the “prophets of doom?”

Frederick Douglass’s vision for the United States in 1869 can help.

Like everyone else, I’m trying to distract myself from the headlines. I have always been serious about following the news as a concerned citizen, but the stories keep piling up: President Trump’s threat to destroy cultural heritage sites in Iran, who will or won’t testify in an impeachment hearing, and elected representatives sharing faked photos.

The work of a concerned citizenry isn’t going to get any easier. I write the Questions of Civic Proportions newsletter twice a month to connect with a community of engaged citizens (check it out here). I can’t give up and neither can you.

Instead of asking, “is it over yet?,” I tried to borrow a phrase from comedian Nicole Byer. On her Netflix show “Nailed It,” she watches total failure creep up on amateur bakers and responds with, “What a time to be alive!” Daily news notifications carry that same sense of slow-moving but still unavoidable failure.

Training myself to us Byer’s response to infuriating headlines proved to be endlessly entertaining. It didn’t do much to fight back the dread though.

While I wasn’t paying much attention to what I was paying attention to, I found another small voice of optimism in the daily mix of news. I’m 2020-ready, and Frederick Douglass helped me get there.

The December issue of The Atlantic takes up the question of how to stop a civil war. Because I’m low on hope, I had no intention of ever picking it up. Ever. There was one headline I couldn’t resist: Frederick Douglass’s Vision for a Reborn America.

A man who escaped slavery, fought for abolition, and then watched Jim Crow tighten its grip on the country still had hope for who we could be. If anyone had a reason to give up on the whole project of self-government in the United States, it was Frederick Douglass. Somehow, in 1869, he still saw a country that could live up to its promises.

In The Atlantic, David Blight writes that Douglass, “had always believed that America had a ‘mission’ - that the United States was a set of ideas despite its ‘tangled network of contradictions.'”

As we approach the beginning of a new election cycle in 2020, the mission again seems beyond our reach. The tangled mess of contradictions is all we can see from where we are.

Blight refers to remarks Douglass gave in Boston titled, “Our Composite Nationality.” He planned his remarks in response to efforts seeking to limit Chinese immigration. With Douglass deciding the course of the inquiry, the specific challenge of the moment gave way to bigger questions of purpose and principle. He wove his thoughts through three questions - what we are, what we are likely to be, and what we ought to be.

We are “the most fortunate of nations. We stand in relation to all others, as youth to age. We are a “country of all extremes —, ends and opposites; the most conspicuous example of composite nationality in the world.”

When it comes to what we are likely to be, Douglass observed:

“Nature has two voices, the one is high, the other low; one is in sweet accord with reason and justice, and the other apparently at war with both.”

He uses this fact of nature to assure his audience that ‘ignorance is full of prejudice, but it will disappear with enlightenment.”

Douglass sees no reason to listen to “prophets of gloom.” He shifts his focus to a vision for what we ought to be.

Our strength or security depends on the friendship of our people in a country where:

“In all matters,—in time of peace, in time of war, and at all times, —it makes its appeal to all the people, and to all classes of the people.”

Looking forward to 2020, we can still choose between the stories the competing voices bring us about what we are, what we are likely to be, and what we ought to be. We don’t have to participate in the dread peddled by prophets of doom. We don’t have to surrender the strength that resides in our principles and our people.

Ready for the Work of Creative Turmoil

In December 1964, Dr. Martin Luther King, Jr. borrowed a few of these themes when he accepted the Nobel Peace Prize. After talking about tired feet, dreary days, and darkest nights, he said persisting through these hardships is how “we will know that we are living in the creative turmoil of a genuine civilization struggling to be born.”

2020 is our turn at this creative turmoil, and there’s no doubt that we’re up for the challenge. We can see clearly what we are likely to become while we look for strength in working together toward what we ought to be. What a time to be alive.

What Do You Know about Civic Grit? 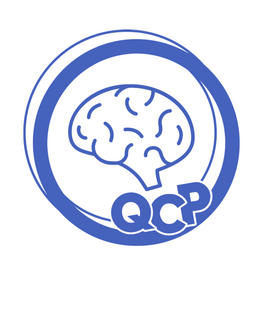 The Unanswered Questions of the American Presidency and the Constitution