Questions of Civic Proportions: Is Anyone Persuadable Anymore?

We have all felt the limits of our sphere of influence in a period of polarized politics. Expertise and scientific evidence carry little weight when confronting the modern mash-up of parties and personal identity. While we imagine ourselves to be persuadable by good evidence,

We have all felt the limits of our sphere of influence in a period of polarized politics. Expertise and scientific evidence carry little weight when confronting the modern mash-up of parties and personal identity. While we imagine ourselves to be persuadable by good evidence, we lament that persuasion has lost its power on everyone else.

Polarization makes persuasion difficult but not impossible. First, we have to ask if we're exercising persuasiveness or performing for some other purpose. In telling a story about being "Internet-cancelled," Nigerian author Chimamanda Ngozi Adichie described the hellish state of public debate:

"I have spoken to young people who tell me they are terrified to tweet anything, that they read and re-read their tweets because they fear they will be attacked by their own. The assumption of good faith is dead. What matters is not goodness but the appearance of goodness. We are no longer human beings. We are now angels jostling to out-angel one another. God help us. It is obscene."

Rather than participating in a virtuous cycle of promoting our best efforts, we become part of a vicious cycle akin to something that Elizabeth Kolbert recently labeled a "furious cycle."

In her article for The New Yorker, "How Politics Got So Polarized," Kolbert describes an algorithm Facebook deployed in the aftermath of U.S. elections in 2016. They believed they could promote "back and forth discussion" by boosting content with more engagement, the ones with more emotional reactions. We all know what the furious cycle looks like:

"As perhaps should have been anticipated, the posts that tended to prompt the most reaction were the most politically provocative. The new algorithm thus produced a kind of vicious, or furious, cycle: the more outrage a post inspired, the more it was promoted, and so on."

Kolbert points to something we have long known to be true. Citing a "myriad of studies" that pre-date the Internet, she says, "when people confer with others who agree with them, their views become more extreme." In Federalist No. 10, Madison wrote of factions and the "mutual animosity" that makes men "more disposed to vex and oppress each other than to co-operate for their common good." Before anyone logged into social media, there were hellish angels, but this mutual animosity has never been easier.

To remake ourselves as agents of persuasive power, people who are both persuasive and persuadable, we need to make room for uncertainty in our exchanges.

In 2016, Scientific American published "The Upside of Uncertainty," written by Zakary L. Tormala and Derek D. Rucker. Having expertise in persuasion, influence, and social power, the authors talk through a series of studies showing uncertainty's persuasive power. They explain:

"Uncertainty draws us in. It causes us to pay more attention; to think more deeply about what's going on."

This conclusion contradicts conventional wisdom about politics. People who are certain or confident of their support for a candidate or policy are more likely to vote. We need certainty too. Tormala and Rucker note the difference:

"We now know that while it is true that certainty can prompt people to act, it is often uncertainty that prompts people to think."

If it's persuasive power you want to flex, create an invitation to think together by starting with uncertainty. This strategy isn't about faking it and manipulating anyone. Instead, start by reflecting on what you know and where you might still be persuaded. That's the place to start the conversation.

It turns out that our better angels are more comfortable talking about uncertainty. That's the cycle we want to repeat.

"In all affairs it's a healthy thing now and then to hang a question mark on the things you have long taken for granted."

Democrats failed to pass voting rights in the U.S. Senate this week. At least, that'sone way to talk about what happened. Plenty of pundits have focused on the Democrats' lack of political muscle and concluded that the floor vote on filibuster reform and voting rights is little more than political theater.

I'm not even a little bit interested in the explanations Joe Manchin, and Krysten Sinema have offered for their positions. I'm also not interested in predicting the likelihood of their re-election. When it comes to voting rights, the question I'm most interested in is:

What will future elections look like without these protections for voting rights?

Draw a chalk outline around the consequences of this failure. Look to NPR for a rundown of what each bill included and to Five-Thirty-Eight to see the increasing numbers of restrictive voting bills across the country. These rundowns will help you understand the danger Democracy Docket describes in their post, "The Future of Democracy Will Come Down to State Legislatures."

That's also the scenario Barton Gellman warns of in a popular article he wrote for The Atlantic, "Trump's Next Coup has Already Begun." Every voting rights activist I follow wanted that article to reach as wide an audience as possible. It's a long read but an essential one. You might also be inclined to share it after reading:

"Democracies have fallen before under stresses like these, when the people who might have defended them were transfixed by disbelief. If ours is to stand, its defenders have to rouse themselves."

There has been some controversy around the proposition that it's possible to "out-organize" these efforts to limit access to voting. This conversation with an activist in Mississippi will shine a light on the limits of that idea, "Why Mississippi is ground zero for in the fight for voting rights" (The Center for Public Integrity).

This moment is also one where we have to talk clearly about how race matters. In this case, a failure to look at how these laws affect minority communities puts American democracy at risk. The Monkey Cage blog has collected data on the longstanding use of the filibuster to stymie civil rights legislation and how there also appears to be a relationship between racism and this opposition to democracy.

Mahogany L. Browne has created an opportunity to reflect on what it means to show up, to be the work. Browne is the “first ever” poet-in-residence at The Lincoln Centerin New York City. She borrowed an idea found in Audre Lorde’s and presented her exhibits throughout he year under the banner of “We are the Work.”

In this virtual exhibit, Working Apertures, Browne introduces the work of a father and daughter, one a photographer and the other a poet. The exhibit dazzles the audience by celebrating the city that is both familiar and strange. Browne’s introduction includes her own reflection on what it means to show up to do the work:

“The work of believing isn’t rooted in action. The work of believing is painful and arduous and requires the artist, community member, and critical thinkers to stretch beyond what they have always known, always been blinded by. This city offers us a chance to get it wrong, to be messy, but to always return to our humanity for a real chance at getting it right.”

Getting it wrong, being messy, and returning to our humanity is all part of showing up to do the work. 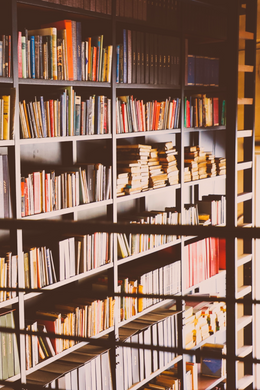 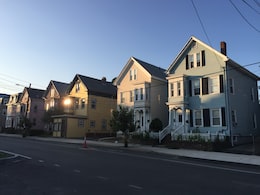